Johannesburg has produced an immense number of storytellers in years recent, and continues to inspire new perspectives from many of these artists with its robust environment. One such artist, Sihle Shongwe, better known as PR1ME by his peers, gains his perspective through the lens of a camera. 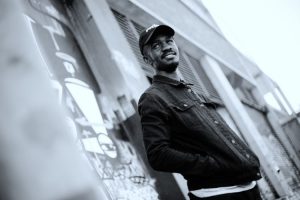 For this 26 year old, filmmaking has become an exercise in searching for the most unconventional forms of beauty, and translating that unconventionality as something to be celebrated for being singular. Having done freelance work privately and in TV for the past three years, he has developed into an indie producer that involves himself in every step of the creative process, and does so with a level of finesse his counterparts would admire. His philosophy on creating combined with a strong eye for visual aesthetic and a child-like authenticity gives PR1MEwhat he calls ‘an unlimited palette of possibilities’. ‘Artists tend to limit themselves to certain spaces the higher up they climb in their careers. From a professional point of view, I’m aware that’s where life can take us in our pursuits for better. Artistically however, I think it’s an oversight that too many creators make. Black Indie Filmmakers like myself are advantaged with a wide array of sub-cultures to influence their art; this is an advantage I intend to hold onto well into my years of storytelling’ With his ear still plugged firmly into the streets and his aspirations set on short form and feature film, one cannot but help feel that he is set to be the go-to for brands wanting to create a memorable visual identity that will resonate with many people. His latest fashion film, presented by LiveMag SA, is a good expression of his creative core beliefs. Titled Awakening, it is an entirely fresh outlook on ‘afrocentricity’, told through the protagonist, and is shot and edited with the striking imagery that he considers being part of his signature style. ‘Filming Awakening happened very organically; I met everyone that I was working with on that day for the first time and yet it felt as though we were all aware of what role each of us had to play, this is the best part of working with professionals. At that time, the film was something that I alone had envisioned and fully conceptualized in my mind, and to have brought it to life the way that I did meant a lot to me as a storyteller.’ Sihle Shongwe 338 Mmessi Park, Phillip Enoch Street Writers Guild of South Africa 084 046 1328